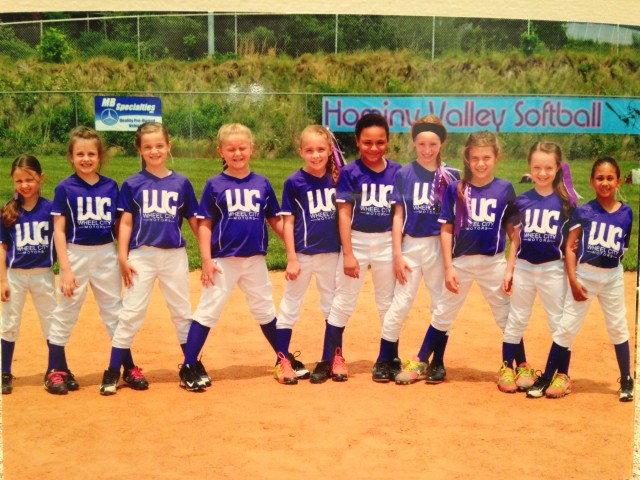 The Mighty Mya's had two goals this year which were; dedicate their season to Mya Phillips and her fight against cancer, and to win a championship. Well to say the least, they accomplished both with flying colors!

With the help of parents the girls sold shirts to try to raise money for Mya and ended up raising $2,100.00 dollars to help her and her family.

On the field the Mighty Mya's racked up a total of 124 runs this season, which in 8U softball is an impressive feat!  This particular team had some of the best girls I have had the privilege of coaching.  Big hearts, team chemistry and a passion for the game were just some of the attributes that come to mind when I think of the Mighty Mya's.