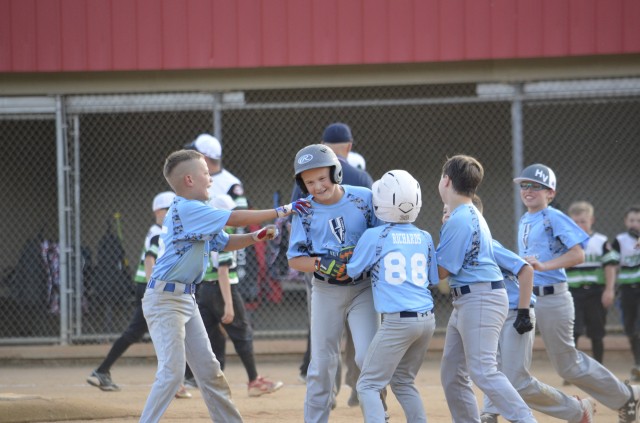 A big congratulations to our 10U Baseball All Stars, who recently won the District 1 Championship, beating out Yancey County in a best-of-three showdown. The score was tied up in the 6th inning and Hominy Valley needed one run to win. With two outs and bases loaded - Landen Durandetto on first, Isaiah Phillips on 2nd, and Levi Richards on 3rd, Kameron Keenan crushed the ball up the middle, giving Hominy Valley the walk-of win. This win allowed HV 10U to represent Hominy Valley at the State tournament in July! Previously, the team won the Owen Invitational Tournament.

CONGRATULATIONS to this very talented team!! Photos from their tournament can be viewed here.