Taking Candler To Florida, HV 10U undefeated through State takes their game to the highest level!!!! 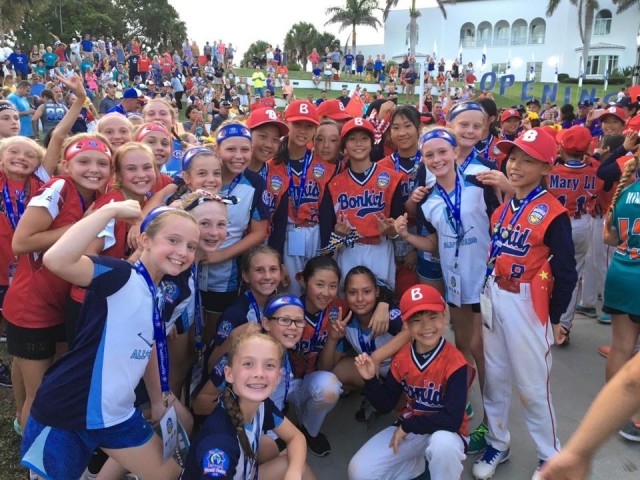 Few teams ever get a chance to go where these girls have gone this season. They won the Fairview Invatational Tournament, they won our District All Star tournament and they won the NC State tournament all UNDEFEATED!!!!! This group has earned the chance to play at the highest level possible in Babe Ruth Softball, The World Series. They represented Candler with everything they had, they showed their Candler Pride through and through. We ended up a bit short, came in 6th place out of 15 teams but had an absolute blast. This was, for most, a once in a life-time experience and I was super proud to say I got to coach these girls every step of the way. They are an extremely talented group of softball players and an absolute blast to be around. This won't be the last time you hear about this group doing big things.

We even got a chance to get our Chinese twang dialed in!!!!!